This is a site specific installation designed for the FAB Gallery at the University of Alberta, Edmonton. The piece is viewed in two ways. The first through two small eye holes set at knee level from the ground. The viewer kneels on the pillows and gazes through to see a small internal physical landscape behind the wall structure. The viewers eye is simultaneously affected physically by a gentle breath of air pushing out from the oculus. The wall itself is eight feet high and built to prevent the viewer to peer over the barrier to get a total view of what is seen through the oculus.

When the viewer gazes upon the piece from the second viewpoint, the second floor, they look upon what is behind the wall. What is thought to be a large three dimensional landscape mimicking the printworks is in fact a massive containment of earth and sand. The earth subtley shifts its space heaving up and down, mimicking the breathing of a humans lungs and chest. The breathing is in tune with the air moving through the oculus. The veiwer is able to see everything but unable to access the space behind the wall physically lending to it an aspect of forced security. 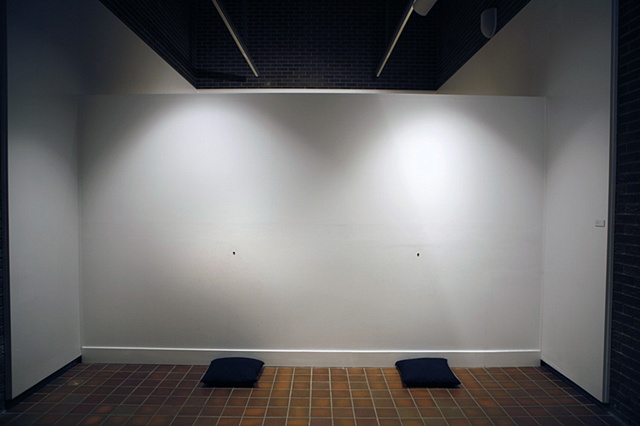 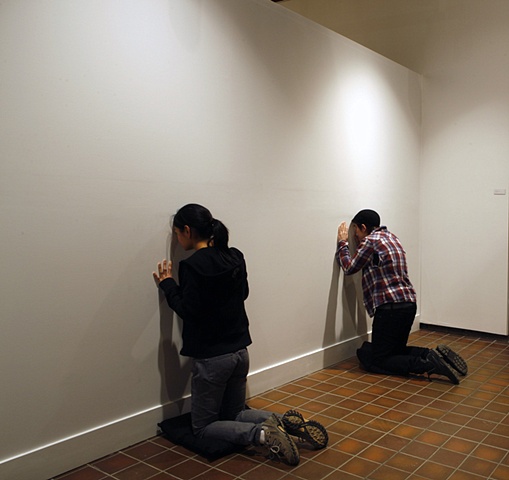 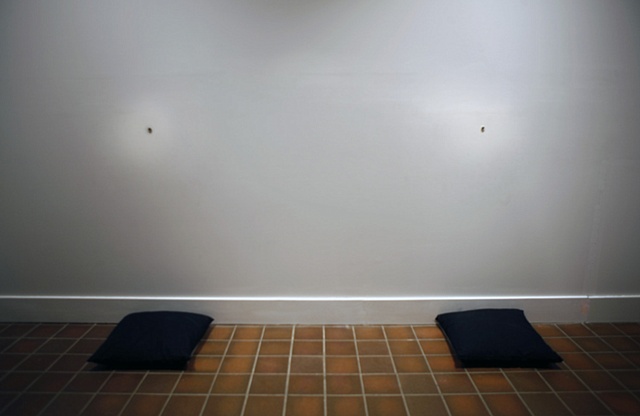 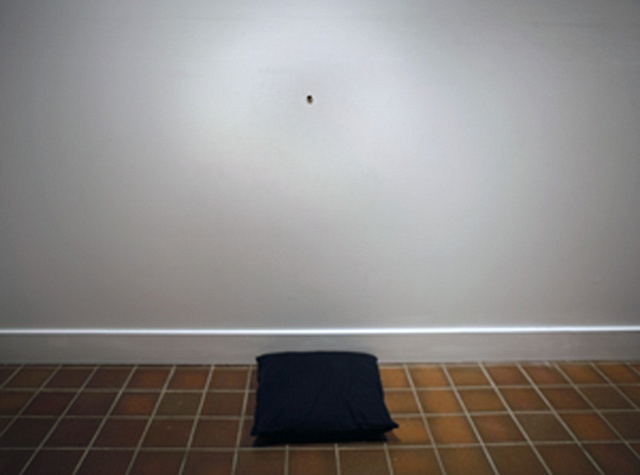 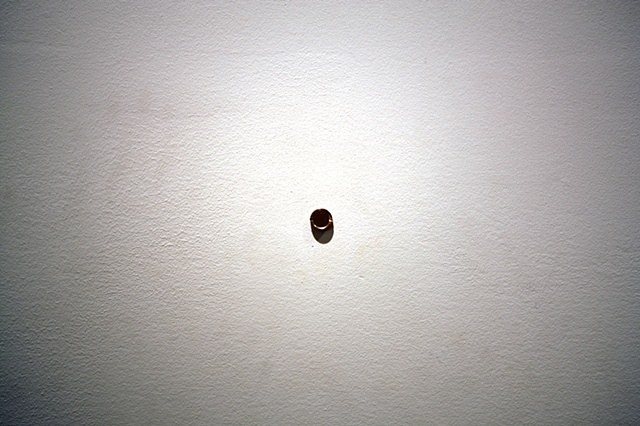 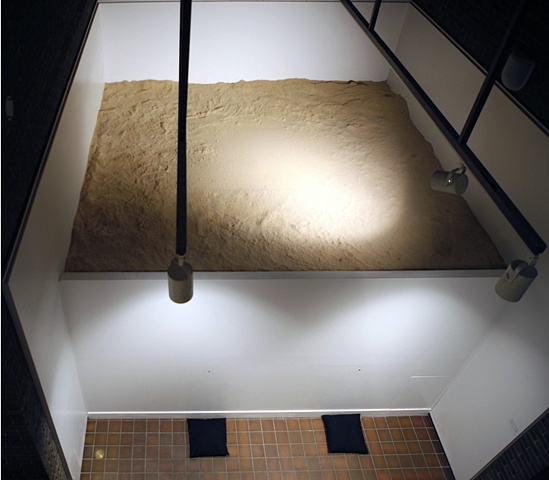 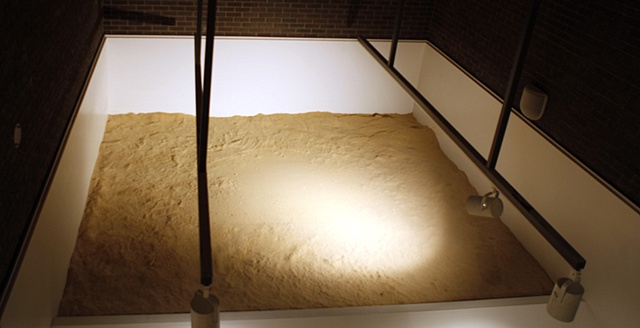 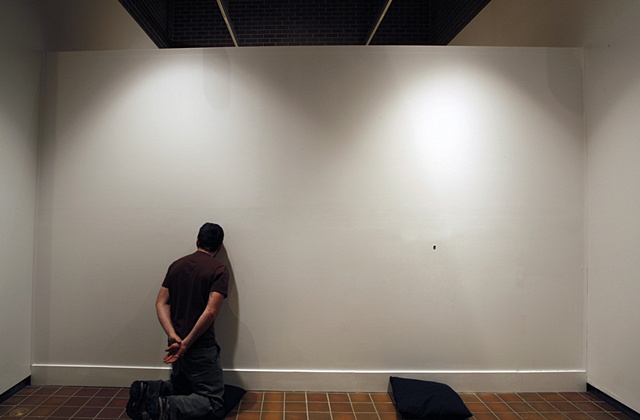 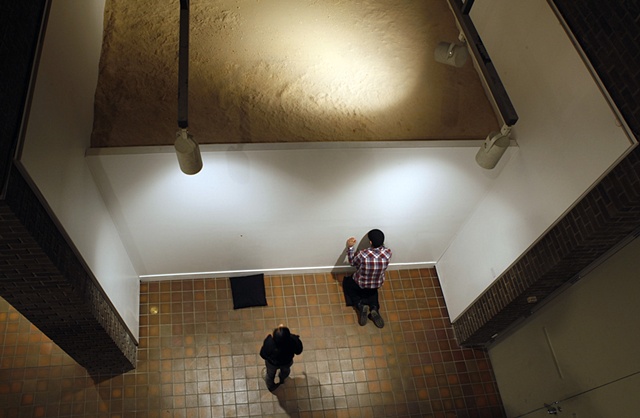