Sculptures for the Hand > Kings Chair 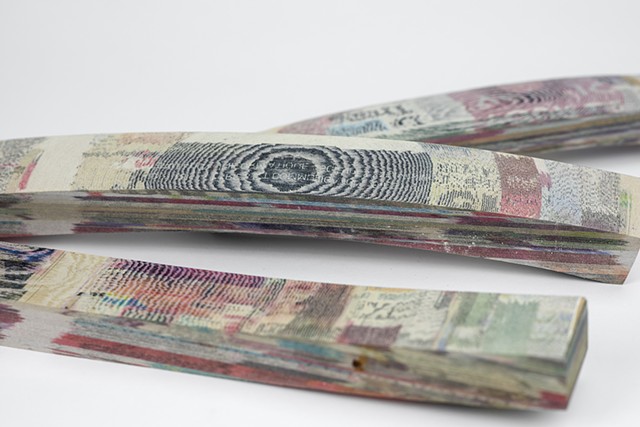 Over the course of a year, 2017-2018, I am copying a 1:1 version of a Louis XVI chair from newspapers distributed freely to the public in metro stations and café's throughout Québec. The individual sculptures or "parts" will eventually be used to form a copy of a Louis XVI chair.

The material used is an intensely laborious creation I have coined "PaperWood"; thousands of layers of paper individually glued and pressed to create a mimic of wood. Cut, sanded and formed it responds similarly to that of softwood.

The eventual "Kings Chair" will be formed from the words, images and daily news of the people of Québec and the world.